Islamabad United is one of the six PSL competitors and it was launched by the PCB in 2015. It is a T20 cricket franchise in Pakistan that has won the Pakistan Super League title twice in the 2016 and 2018 sessions of PSL. Being the most victorious team of the league, the franchise is owned by Ali Naqvi, a former Pakistani cricketer from 1997 to 1998 and the owner of Leonine Global. The team is named after the capital of Pakistan, Islamabad, and it’s home cricket venue is the international standard Rawalpindi Cricket Stadium. 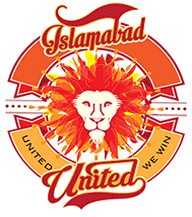 The squad is all set to participate in the 6th edition of PSL in 2021 under the captaincy of Shadan Khan, and Hasan Ali will be the vice-captain. The team will give their best to lift the trophy third time under the guidance of Johan Botha as a head coach and Saeed Ajmal will assist him in the league. The responsibility of the bowling coach is given to Rumman Raees, who has been a part of the Pakistan cricket team. Corey Rutgers will take care of fielding as fielding and Jason Pilgrim, who has been a physio for Guyana, Trinidad & Tobago in cricket, will be Physiotherapist in place of Errol Alcott.

Luke Ronchi is the top scorer of Islamabad United since 2018 with 1020 runs and its highest score is 94 runs with 10 fifties. Faheem Ashraf is the highest wicket-taker with 46 wickets in 31 matches. The team is prepared to win the title for the third time with powerpack batsmen and bowlers like England’s Alex Hales, and seamer Hasan Ali, Mohammad Wasim.

The players of the team are mentioned below: