Lahore Qalandars is one of the six T20 cricket franchises of PSL that was established by the Pakistan Cricket Board in 2015. Fawad Naeem Rana, a big business icon in Pakistan and managing director of QALCO, purchased the Lahore franchise’s ownership for ten years at the cost of US$25.1 million. It is the second most expensive PSL franchise on the list. Sameen Rana is the Chief Operative Officer and team manager. The team had reached the final of the PSL 2020 session for the first time. Chris Gayle and Brandon McCullum have been a part of Lahore Qalandars in the previous edition. Bravo SuperMarket is going to sponsor Qalandars in the upcoming HBL PSL of the 2021 edition. The team had already won Abu Dhabi T20 Trophy once in 2018. 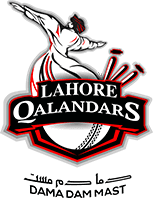 Lahore Qalandars going to participate in the 6th edition of PSL under the captaincy of Sohail Akhtar and Aquib Javed will guide the Lahore squad as a coach, who had served Pakistan cricket for 10 years with 22 Tests and 163 ODI matches from 1988 - 1998. Mansoor Rana, who had played 2 ODIs for his nation and made more than 12,000 first-class runs, will hold the position of batting coach, and Shahzad Butt who is a former cricketer of the Lahore Cricket team will lead the team as a fielding coach in PSL 2021. Rashid Khan, being a great spinner of Afghanistan, will join Lahore Qalandars as his PSL debut.

The Lahore Qalandars squad will take the following players in the upcoming PSL 2021: