In 2015, Pakistan Cricket Board inaugurated Pakistan Super League, in which there are 5 T20 cricket franchises used to participate in PSL. In 2017, a new T20 franchise came into existence named Multan Sultans by the PCB. It became the sixth team of the PSL and Schön Properties, a successful real estate businessman of Dubai, was the first owner of the Multan Sultans T20 cricket franchise. But for some reason, he had to leave the ownership, and then PCB gave the ownership to Ali Khan Tareen and Taimoor Malik. The home ground of this team is situated at Multan known as Multan Cricket Stadium. 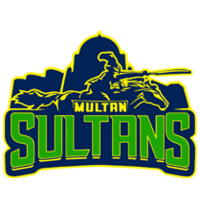 Shan Masood will lead the Sultan Squad as a Captain under the guidance of Andy Flower as a head coach. Mohammad Rizwan is the Vice-Captain and Azhar Mehmood will play the role of a bowling coach. Richard Halsall was appointed as a fielding coach and Cliffe Deacon as a Physiotherapist. The three-year-old team will face 10 T20 PSL matches in the upcoming edition and all the matches will stream live on PTV Sports and Geo Sports. The logo of the Multan franchise holds a king riding a horse with a cricket bat but the team is yet to achieve the title of PSL and will enter with the following players to win their first PSL title.

So, these are the final players of the Multan Sultans who are ready to give their best in the upcoming season of PSL to win their first title of the tournament.