Pakistan Super League has been governed by the Pakistan Cricket Board after its inauguration in 2015 and has become the second most popular T-20 Cricket League after IPL. Peshawar Zalmi is one of the Pakistani T-20 cricket franchises that take part in the PSL every year and it was founded in the year 2015. It participates in PSL on behalf of the capital city of Peshawar. The name Zalmi actually represents the youth of Peshawar and its logo comprises three stamps and a custom Peshawari cap.

Being one of the largest sports organizations in Pakistan, it has been sitting at the top position of PSL brands for the last 3 years and valued at over the US $40 million. 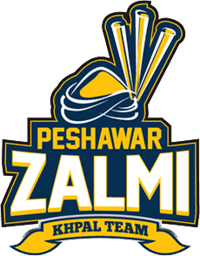 Mr. Javed Afridi, the CEO of Haier Pakistan, and owner of MG JW Automobile Pakistan bought the ownership of this cricket franchise for 10 years from the Pakistan Cricket Board after the announcement of PSL in 2015. Zaheer Abbas, a famous cricketer known by the name Asian Bradman, is the president of Peshawar Zalmi. Hashim Amla replaced Younis Khan and has become a new batting mentor of the team in January 2020. Wahab Riaz replaced Mohammad Akram, will lead the squad as a captain in the coming season of PSL captain. Daren Sammy, a notable cricketer of the West Indies, will take command of the team as a head coach. Now, Mohammad Akram will guide the bowlers as a bowling coach and Arshad Khan is the team manager. In the financial and marketing department, Shams Afridi is the finance manager and Maaz Khan is playing the role of the marketing head.

The team has won a PSL title for the first time in 2017 and became two times runners-up in 2018 and 2019. The squad is all set to participate in the Pakistan Super League 2021 edition with some new faces and big names of the famous sport of cricket. The name of the players who will take part in the upcoming session of PSL 2021 are mentioned below.

Kamran Akmal (diamond), and Imam-ul-Haq (silver) were selected for the role of wicket keepers.