Afghanistan cricket team which was recognized as a full member of the ICC in 2017 is a rising squad in the world’s cricket. The team has shown a lot of improvements in their performance in every field and players like Rashid Khan, and Mohammad Nabi adds extra talent to the team. Overall, Afghanistan has appeared in 129 ODI matches in which they got the victory in 62 and lost 63 matches. Currently, Afghanistan is ranked at the 10th position in the ICC ODI team ranking.

Afghanistan registered the record for the highest chase in ODI during a match of the United Arab Emirates v Afghanistan ODI Series at ICCA, Dubai on 2 December 2014. In the 3rd ODI of the series, U.A.E was invited to bat first and they added 273 runs on the scoreboard. In reply, Afghanistan came out to the middle with their openers Javed Ahmadi and Nawroz Mangal who made 60 runs in a pair for the first wicket. Afterward, Afghanistan batters struggled at some moments but came back into the game very soon. Javed Ahmadi added 67 runs and Mirwais Ashraf contributed unbeaten 52 runs which helped Afghanistan to achieve the target and made 276. 276 for 8 was registered as the highest chase in ODI by Afghanistan in the history of ODI. 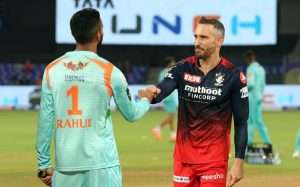